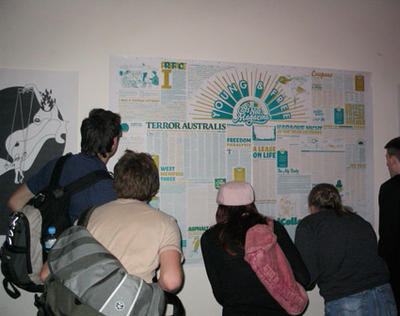 Went to the‘isnot’ magazine launch in Melbourne on Friday night which was really fun. So good/weird to see my comic on there. See the site for more information isnotmagazine.org.
Also stayed in Melbs for the ‘Bite’ paper launch which was even wilder than the night before. I danced like a mofo for a few hours, but suddenly had the urge to flee, as I was feeling tired. So inadvertently I left people wondering where I had gotten to, so sorry about that.

Also picked up some new comics whilst in Melbourne, which were:
The new ‘Angry Youth Comics’ –by Johnny Ryan. One of the great things about this comic is that is does tend to come out on regular basis, which is not essential but often an important and overlooked aspect to the success of a series.
Also ‘Big Questions #7: Dinner and a Nap’ –by Anders Nilsen. I’ve been wanting to get in Nilsen’s work for awhile but didn’t really have the cash to take a chance on his book ‘Dogs and Water’, which got great reviews and sounding really cool. I have’nt had a chance to read it all yet but looks good. You can see more of Anders at D&Q Holy Consumption

Also from ‘Sticky’ a little self published one that seems to be from the states called, ‘Happy Times’ by Ilya Milstein which was a really good read and well put together too. Although the cover was printed on too thin of paper, that caused some curling.
The style reminded me very much of Kevin Huizenga but still good enough in it’s own right, to not be just simply derivative. 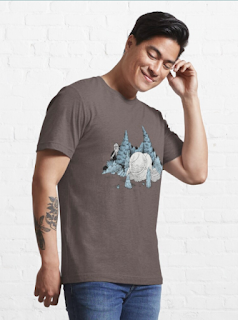 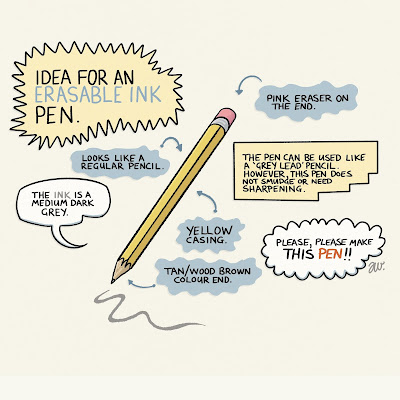