Showing posts from July, 2009
Show All

July 31, 2009
I have been discussing with students this week about the types of shots you can use in comic panels. The language of this is taken directly from film directing terms. Whilst there are a lot of direct links between comics and film, they remain uniquely different also. Here is a list of types of shots, each have their own place to provide meaning to the viewer. Extreme close-up Close-up Medium close-up Medium shot Full (figure) Medium wide Wide Extreme wide (or distant) This was taken from here which goes into more detail. Will Eisner's books also have some useful information about framing shots and choosing shots.
2 comments
Read more

I got this in the mail today, a photocopy from David Collier's sketchbook. Below is a photo of me holding Elliott, not long after we moved in.
1 comment
Read more 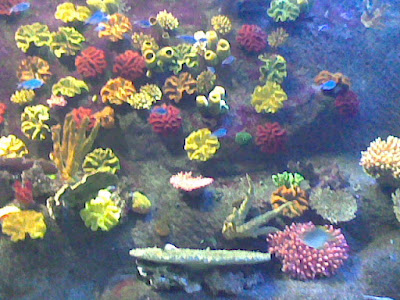 I recently participated in the 'Dust Jacket Project' with the image above. Go to the site , here , and trade an image of a creative work to receive a link to download the album in exchange.
Post a Comment
Read more

A week in the life of

I have been feeling strange since Heather and Elliott left for Canada. Ash also went back to Brisbane. It has been quiet around here but I have been keeping busy all the same.
1 comment
Read more

It is not that I hate the dentist I have just had my fair share of visits, which puts me off going again. I look after my teeth well, I guess I have been missing my check ups.
3 comments
Read more

Ash is growing up really fast these days and it is hard to find ways to interact at this age. I find myself espousing that weird kind of parent logic that puts a limit on fun things. Like how much MSN she can do and not to listen to your iPod whilst reading a book. Also we've been having these house problems, but more to come on that in the next few strips.
2 comments
Read more

There has been a lot of costs with Heather trip so we found ourselves a little short, plus all the birthday expenses. It is hard to say what was my favourite of all Elliott's cakes. First we had the Thomas cake which has an edible icing picture of Thomas, with a new Harold the Helicopter on top (Mudcake), second was the 'Construction cake' which was basically a mud cake again with chocolate sultanas and broken up Crunchie bars on top with two 'little people' construction men, third was four plain jam donuts that I iced and put a freddo frog on top. Elliott probably liked the first one best, the second was the most decadent, but I have to say I was impressed with the simplicity of the donut cake. I was so impressed I think I will be constructing something similar for my cake next year.
4 comments
Read more

Yes Heather and Elliott are visiting the folks in Canada for a month whilst i stay at home and hold down the fort. It is going to be lonely but I am sure I can find some good ways to fill in the time. My daughter Ash is down from Queensland( where she lives with her Mum) for the holidays, and Elliott is loving it.
1 comment
Read more

I am really lucky that I did not get a cold all through the end of the semester when assignments and exams were happening. This cold did not come with the usual headaches and pains just a super dripping nose that required a constant supply of tissues and immense sinus pressure, which I do not handle well. Thanks for the feedback on the strips I think this new format is a winner! I have also recently switched back to using my macs native browser Safari. I love firefox usually but I was running into so many problems when posting to blogger pages would just not load and I would have to refresh them a few times. Safari however seems to be working like a charm.
6 comments
Read more