Showing posts with the label profile
Show All

Box Brown is the pen name for the Brian Michael Brown a cartoonist living in Jersey City, United States A few months ago I noticed that cartoonist boxbrown had hit the top of Reddit Unfortunately other than the fortuitously placed signature at the bottom right the image did not link back to the artist's site. It's ironic that this artist was rocketed to the top of one of the most popular websites ion the internet but received little traffic back from the post. http://ww.reddit.com/r/funny/comments/f34c5/i_hate_when_i_forget_my_phone/ Boxbrown also launched a successful Kickstarter fundraising drive to print his comic 'Everything dies' boxbrown on Flickr boxbrown on Livejournal @boxbrown on Twitter
Post a Comment
Read more

Pat Grant is an Australian cartoonist currently working on his PHD in comics, his thesis is actually a comic and is being published online as it get completed. @patgrantart on Twitter Bolton Blue
Post a Comment
Read more 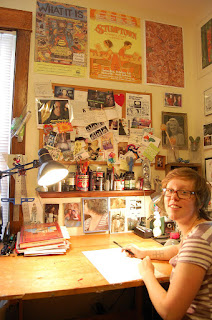 Lucy Knisley in another American cartoonist who has gained wide popularity on the internet. She has successfully completed a kickstarter project And is often reposted on Tumblr without credit Lucy Knisley on Livejournal @lucylou  on Twitter
Post a Comment
Read more 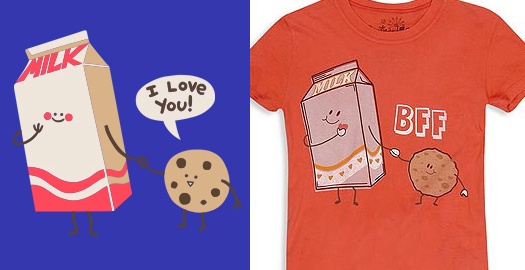 Jess Fink is an American cartoonist, illustrator and game designer. She is well known for her winning Threadless T-Shirt designs and has recently had her two of her graphic novels officially published by Top Shelf Jess Fink' s original design from Threadless and the copy that appeared recently An etsy seller under the name 'glitter biscuits' was recently discovered to be selling copies of Jess Finks T-Shirt design Jess Fink Livejournal Jess Fink on Threadless Jess Fink on Tumblr
Post a Comment
Read more
More posts