Happy new year to all!! 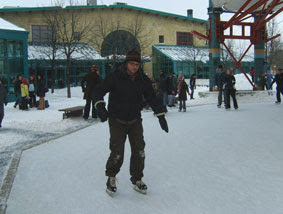 Had a great Christmas with lots of fun food and peoples. Elliott got some great presents. He also turned 6 months today!! He’s starting to roll a little bit now and he’s also talking quite a bit too, making lots of sounds, even one that sounds like dadada! Ash and I went Ice skating the other day. I almost chickened out of it but I got some skates and jumped one the ice I was deathly afraid at first but sort of got the hang of it after a few laps. I got my computer finally from Australia, although I have to wait to get a Canadian power cord for it…BAd news is my scanner got smashed in transit! That’s all for now see you next year ;) Ps- I’ll be posting a comic in the next few days…
3 comments
Read more 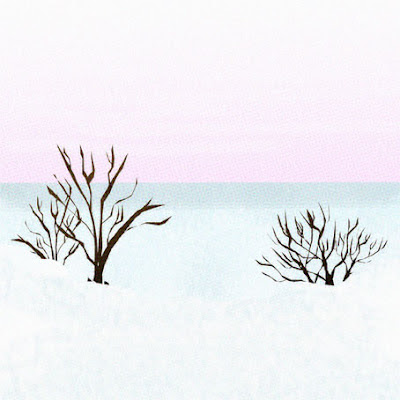 I've been in awe at the landscape here in my new surrounds. There's this fantastic view out the sun room across the frozen lake and inbetween 4.30-5.00 when it's getting dark theres is this lovely but very subtle contrast between the lake thand the sky. Perhaps I'll post a photo later if I can take a good one. This picture was done completely in Photoshop without doing any sketches. Also the moniter I used has some whacky colour inconsistancies and streaks in it, so it will be interesting to see it on a normal screen! In other news I managed to write and draw a new one page comic that I pla to scan and colour when I can (Idon't have my equipment at the moment) I mention this as I was feeling a little sluggish with my drawing since I got here, but I think I'm picking it up again. I've also been reading a fantastic book on writing non-fiction which has been one of thos real eye opening books. I feel as if I have a new understanding about the kind of comics I
3 comments
Read more
December 19, 2007
The antibiotics seem to be doing there job now and I’m starting to feel human again. Strangely enough I haven’t been doing a ton of drawing. I think I have needed just to rest up af6ter a busy few months. I’m also gearing up to start doing research on a large personal comic project which I will project to take at least a year if not more. It’s early days at the moment so I can’t give too much away. So far I’ve been enjoying myself in my new continent. I feel like I really need to make some contact with some local artists and such which will hopefully happen next month. I also feel that I’ve been doing okay handling the differences that I encounter, just keeping an open mind and trying to take it all in. One thing I found really funny though was the difference in Mobile/cell phone culture between here and Australia. Heather and I found out that one of the phone network here uses sim cards so we could continue using our Aussie phone with a new sim card. Some surprising things were, that
Post a Comment
Read more

December 16, 2007
We’ve just completed our first week here in Canada. I had a weird kind of jet lag due to a different flight time. The different flight time was caused by our flight being delayed a day. We’d stayed in Melbourne the night before we had to leave then got up early for a flight to Sydney. Upon arriving we were told the flight had been delayed in Honolulu and that we’d be put up in a motel until the flight was ready. Sounds simple in type but the logistics of waiting in lines for hours, reclaiming baggage, finding a supermarket for more baby supplies made it much less simple. Once we got here though we were able to relax and rest, which is something we’d hadn’t done for a while in the mad rush that it was before we left for Canada. The jet lag only really took a few days but then the other morning I woke up with a sore throat, which got progressively more painful until my ears, head and body were in immense pain and I was shivering and shaking with a fever. I had put off going to see a doc
1 comment
Read more 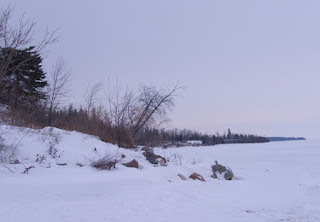 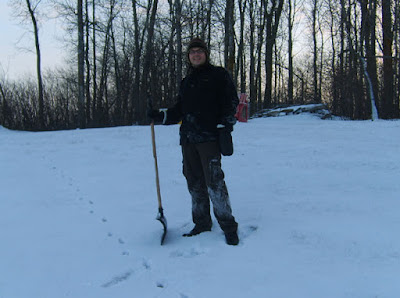 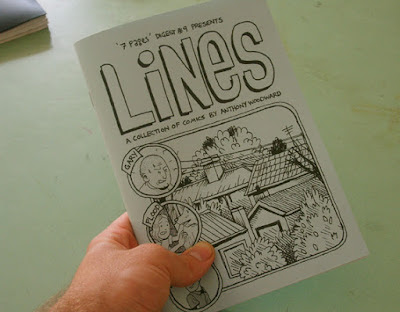 My new comic is out! I can now reveal that it's called 'Lines' and is a 56 pages of new comics. It conatins stories from over the past year such as 'Gary', 'Flood' and 'Beach' as well as some smaller stories. I'm hoping the whole comic should read as one story with chapter breaks. It should be available from 'Sticky' zine store in Melbourne next week. As I am moving I can only take Australian orders at this stage (and only for the next few days) The comic costs $6 and postage (within Aus) is $1. My paypal address is awcomix yahoocom I ended up going with 'Reflex' recycled paper for the inside of my comic. I was sure I wanted to use reflex as they state that all of their paper range contains a calcium carbonate buffer which helps fight deterioration from environmental acids over the papers lifespan. After researching the use of hemp paper I realised the importance of looking for the greener alternatives. I know recycled pa
4 comments
Read more
More posts