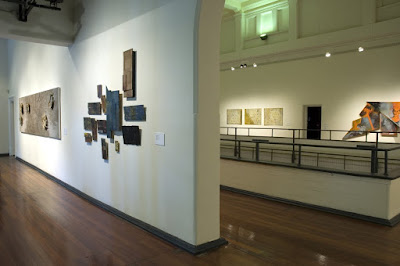 HATCHED 07 National Graduate Show, Perth Institute of Contemporary Arts, photo by Eva Fernandez. I just received images from an exhibition in 2007 that I had work in. For those of you keeping score at home this is the exhibition that was referred to in the last 7 Pages digest. I even had the drawing of how the installation would look in the comic. It only recently ocurred to me to ask for these images after I had to give an artist talk and I found I did not have many images of exhibitions, workshops and such.
Post a Comment
Read more 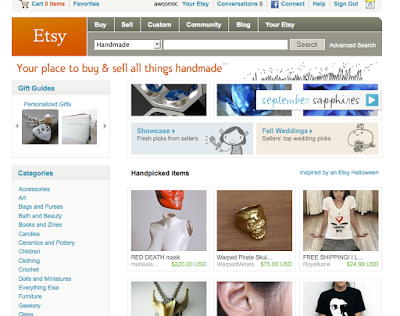 If you look in my sidebar I have added a widget for 'My etsy favourites'. I can not say enough about how great I think etsy is for artists to get their work out to the world. I am always finding awesome stuff on there and wanted to share it here with you. I am planning that when I finish studying this year I would like to try and devote some time to putting some art prints and new books in my etsy store.
Post a Comment
Read more 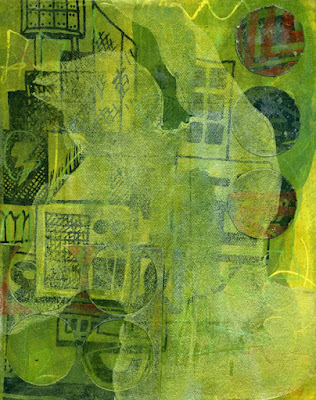 The university that I work for is having their annual art auction to raise funds for the graduating third year of visual art students. Having been the beneficiary of a great end of year exhibition in Melbourne for my graduating year, I always like to try and make a special effort to donate work. I do not like to just donate any old work lying around, after all this is going out there and representing me as an artist, so I usually custom make something. This particular piece (Seen above) I am really happy with. it always seems to be the pieces you are giving away which turn out to be the best ones. A lot of the readers would be unfamiliar with the mixed media work I produce outside of comics. As you can see in this piece it uses a print of one of my comic drawings as a background and then I have a bit of fun collaging and colouring the piece. If you want a chance to own this you will have to turn up to the Mining exchange in Ballarat, Friday the 21st of August. Doors open at 6:00pm.
Post a Comment
Read more 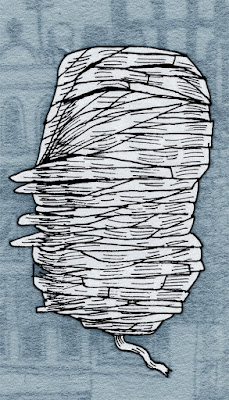 It is back to study and things are busy around here again. I have not been grabbed by an illustrationfriday theme for some time now. I am not really sure if this captured my intial idea but I think it is close enough. I could not help but thing of images by Sydney comic artist Leigh Rigozzi
1 comment
Read more 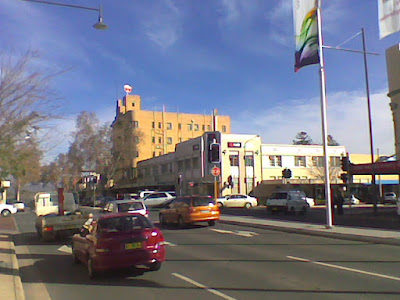 I travelled to Albury on the weekend with fellow comic artist Mandy Ord. We had been invited to be part of the write around the Murry festival. We did a drop in comic drawing workshop in the library on Saturday and Mandy also performed another comic workshop in the afternoon. It was strange how similar Albury was to Ballarat, it was almost like a sister city. It felt like Ballarat, looked a bit like Geelong and combined aspect of both rural Victoria and NSW. The weekend gave me a much needed kick in the bum to get a move on with my next comic. I am so close to getting it printed, all that is left is the front and back cover. I did some of the edits last night, rewriting some text and redrawing some panels. I ended up having to use a different pen other than my tech pen due to the paper I was using. The surprising thing was that I really liked the results. It may be time to put down the tech pen and start using the new pen (a faber castell pitt pen, small). Either that or find bett
3 comments
Read more 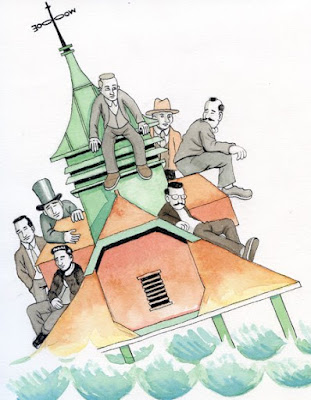 I was going through some old boxes that I packed before I left for Canada in 2007, looking for my personal copies of my zines and a few other things. I have my own collection of my books scattered throughout a few different folders and I thought it was time to properly collect them. This was made all the more important by discovering that an Art folder I stored in a garage had received some sort of water damage and had black mold throughout it. Luckily there was nothing that was hugely important, but at the same time there were some nice prints and other drawings in there. One thing that did survive where some prints I had made a few years back. Luckily I had packaged the prints for sale by mounting them in card and more importantly placing them in a zip lock bag. I can gladly say that these prints were in A1 condition. I also wanted to share this piece of art I did in my first year of Art school. Made whilst I was madly trying to find my niche, a place that I could work in a devel
Post a Comment
Read more

I Wanted to post about the idea of getting comics out in digital format. No need to convince me that print comics are better, I agree. I also see a huge opportunity to share comics in a digital format (Like here on this blog) I also really like things like podcasts that you can subscribe to. The main problem in this area is that the technology changes to fast for any sort of culture to build up around it. You could spend all your time getting your comics ready to view on a kindle or iPhone then two months later the bring out new versions that make what you have done redundant; Or another company comes out with something even better. Anyone have any interest or experience in this area? Links formatting comics for kindle Clickwheel
Post a Comment
Read more
More posts