Showing posts from November, 2010
Show All

I abandoning inking comics with a nib around four years ago for my trusty tech pen. I was finding that I could create much more fluid drawings at a quicker rate with my pen than using a dip pen. I resolved that I was going to forge my own way with the pen, even though it is not considered a proper inking tool as such, and that I would make it work for me. I have always taken note since whenever I would read that an artist used pens to ink, and not the traditional brush or nib; Ron Rege, John Porcelino and Jeffery Brown to name a few. But then I would look at the work of Mandy Ord with her big juicy brush strokes, or Craig Thompson's beautiful lines, and more recently the work done by Clowes in his latest book 'Wilson' and wish that I could switch to the dark side and ink with a brush. I've attempted it a few times over the years, and I am probably happiest with my efforts with 'Z-Factor' inked with a Pentel brush pen. More recently I have been wanting to exp
4 comments
Read more 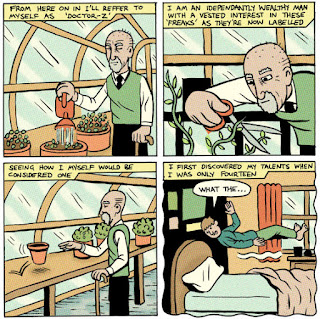 I recently lamented on Twitter and made a post over here that I had lost the digital files to a comic I produced in 2008 called 'Z-Factor'. It was a super hero parody with out being over the top or whacky. After hours of fruitless searching in backup disks (yes I backed up my whole computer on DVD's stil no joy) and external hard drive I can only fin the one page which I am posting above. To add insult to injury I am not even sure where the original art is.
2 comments
Read more 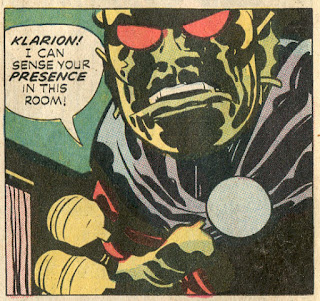 A few weeks ago I did this redraw of a Jack Kirby panel from 'The Demon' #15 (pg.13) to flex my brush pen muscles (not that I have any) It was a good chance to swish the brush around and produce a different kind of drawing. My aim was not to reproduce the panel exactly or necessarily do it in my style but rather create some sort of hybrid. Another reason I did it as I have been seriously considering changing my inking style; which is due to a number of reasons which i need another post for.
3 comments
Read more

November 04, 2010
I got carried away and made a blog post on my image blog over at posterous, here's a link, http://awcomix.posterous.com/z-factor-first-panel-t-shirt-design-by-awcomi Some important thought I felt I had to get off my chest, inspired by looking at my redbubble shirts. Which may I say are on sale right now if you enter this code, awcomix_is_on_sale_5230
Post a Comment
Read more
More posts