I've had a potential story in my head for the last 3-4 years. It was one of those ideas that just seemed too hard, too messy, like there was no entry point into the story. That all changed recently when I was struck by a flash of inspiration and I sat down to pen a draft of the story. Expecting it to be around 15 pages long and not sure how it would go, I was surprised when 32 pages flew out of me in the space of a few days.

This was a first for me. I have never written something in that short space of time. But the time it took is really just a shorthand way to explain I was in that elusive flow state. I didn't have to force myself to make it or slog through. The story is ‘inspired' by a work situation I was in a few years ago. Disclaimer: any likeness or similarity to living or dead persons is purely coincidental. 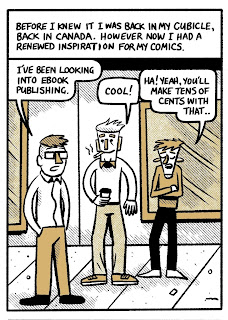 I can’t share much now. But the above is a detailed crop of the comic. One of the technical aspects that helped this comic flow out of me was writing it digitally within Procreate. I set up a file that had over 100 layers and used each layer as a new page. This way I could flip back and forth in the story if I needed to reference a previous panel, drawing, or wording. This meant I had to draw at a lower resolution for the pencils. Then when I was done, I simply pasted those lower resolution pencil files into a higher resolution file to digitally ink over the top of. This mostly worked, although I had some difficulties in simply increasing the DPI, which caused some minor formatting headaches.

Actually, I could write more about the process of making this comic, and will probably come back and revisit it in a future post. This comic marked probably about 4-5 personal achievements/advancements with new techniques. It’s not often I get to say that. 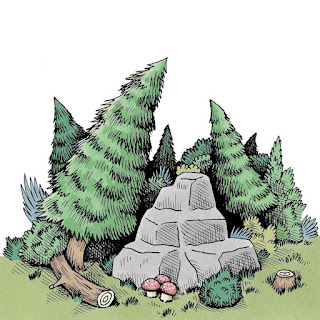 I was recently trying to come up with a new name for a comic. I've always found naming artworks or projects difficult. I'd rather the work speak for itself and for that reason I tend to lean toward generic names. In the past I have also been keen on using terms that have multiple meanings or are a play on words. But this can comes across as at best jokey, and at worst too cutesy.
Read more 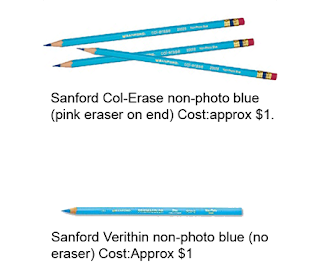 I've been working digitally fairly exclusively since April 2020. It took me about 4 months to just start feeling comfortable and perhaps a couple more months to actually produced something I was completely happy with (add to this about a year of non-serious dabbling). I thought it might be interesting to look at the difference between my old comic making process and the new.
Read more