After recently advocating and singing the praises of Gumroad as a digital storefront, they went and jumped the shark...

Illustrator for Gumroad Box Brown confirmed on Twitter that Gumroad (GR) approached him about making NFTs a number of months ago, and then my tiny corner of Twitter exploded! The majority of comic artists and creative people that either have a GR store or use it we understandably upset with this news (myself included.) 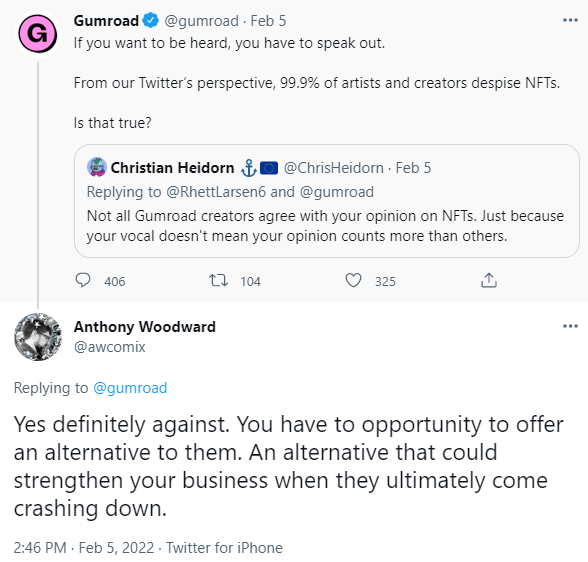 GRs social media account tried to discredit Box by posting private chat screenshots from their earlier conversations. The plan backfired and just made GR look even more dubious. Their official accounts bio also flip flopped with changing messaging, we're not doing NFT and then later we're not doing NFTs (yet) and then removing mention of NFTs all together.

📉📉📉
Confirmed @gumroad is pivoting to NFTs! If you want to prevent this, the time is now to let them know where you stand. https://t.co/AlrKUa6aCP

Immediately people started wondering about alternatives shop fronts. the top three I saw stand out were

Armed with this information there appeared to be a significant amount of people deleting their GR accounts in solidarity with Box. It didn't take long for GR to then start making it more difficult to delete your account and hiding/changing were you could find the advanced options to delete your account. Perhaps this was a coincidence and not a planned feature, but it is definitely suspicious.

This leaves me in a weird place. I too felt strongly enough about the whole thing to want to stop using GR altogether. Not only because it's pretty obvious they will eventual 'pivot' to include NFTs in their platform, but also the unethical and shady behavior that resulting from Box sharing the NFT news. GRs official statement is that they're mnt planning on doing NFTs

If and when we do anything related to crypto/NFTs, you’ll hear it from us first. For now, no plans.

I plan on deleting and or removing items from my account at some stage. When I get a few moments I need to properly investigate the alternatives. I'll post an update in the coming weeks when I have a clearer idea of what ultimately will happen and where my 'shop' will move to. In the meantime I already have a Kofi account here. I have popped the Procreate template on there for free as a test.

And yes there was no mail in my pobox...boo hoo! I Feel like I'm on a desert island at the moment. Anyway I thought I'd post this panel to show you this new brush technique I mentioned. I couldn't help but give it a little touch up in photoshop... ps- quote by Charlie Brown
Read more 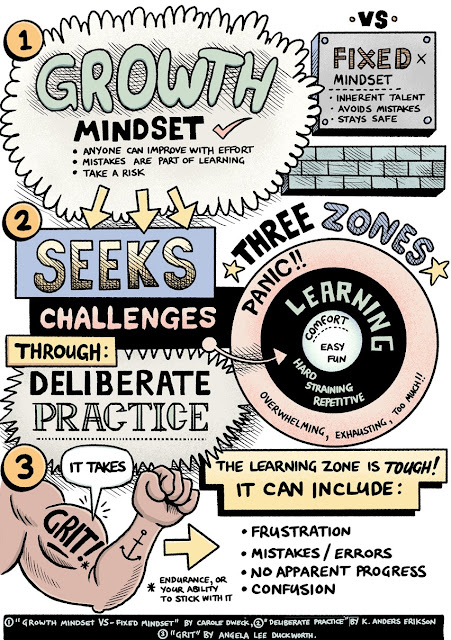 I love this poster and it still holds true. I decided to redraw this poster and make it available as a digital download. "Deliberate practice always follows the same pattern: break the overall process down into parts, identify your weaknesses, test new strategies for each section, and then integrate your learning into the overall process."
Read more