Here's a sneak peak of my new comic that I've been working on. 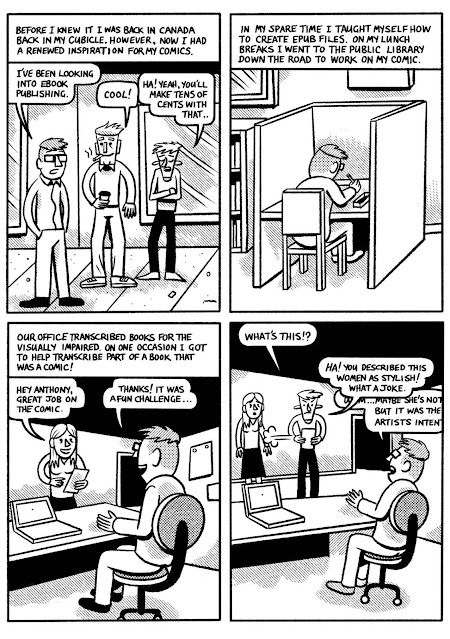 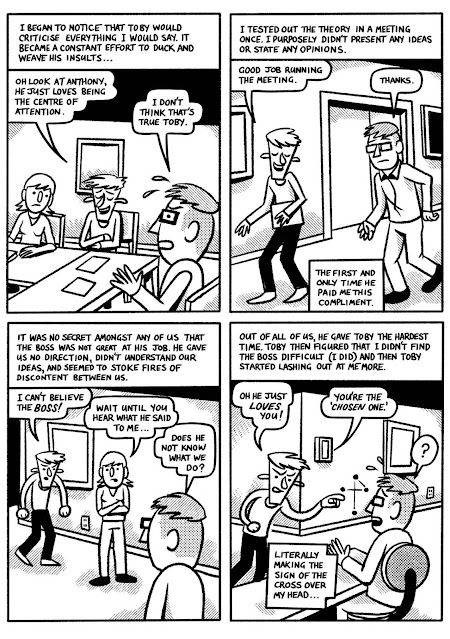 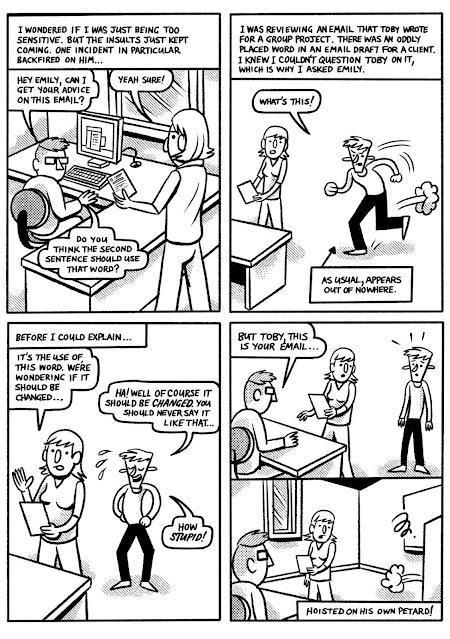 These are 3 sample pages of approximately 34 page comic. Based on an experience I had a few years ago working a dysfunctional office job. Names have been changed to protect the innocent and guilty.  Hoping to launch the comic at TCAF in June this year, coupled with some pages from another comic. These pages are the B&W version without colour or grey tones that I have added for contrast. I'm really excited about the whole comic in particular as the experience as the time was harrowing and this is one of the longer comics I've made with multiple characters.

I'll be officially announcing this later with a cover reveal but for now you can get an early sneak peak.

Edit: I had these pages in the wrong order. fixed now.