I signed up for Gumroad many years ago, as I always like to test out new platforms and see if they'll be a good avenue for sharing my art. I set up a few initial products (mostly comic PDFs) but to be honest I never really put a lot of time and effort into the site.

Then a few years back, I signed up for a GumRoad email course about how to set up and market your store better. I dipped in and out of the emails, but never really dedicated the time to it. Despite it being full of great information.

I also experimented with the pay what you want to model. In theory, I liked the idea of offering comics for $0, and if the reader wanted to throw a few dollars they could. But in reality, I think this practice feels awkward for the reader. Instead of clicking download to read, they have to click 'pay $0' for this download, which makes you feel like you're scamming the artist in some ways. My GumRoad site sat unused and forgotten about for some more years. 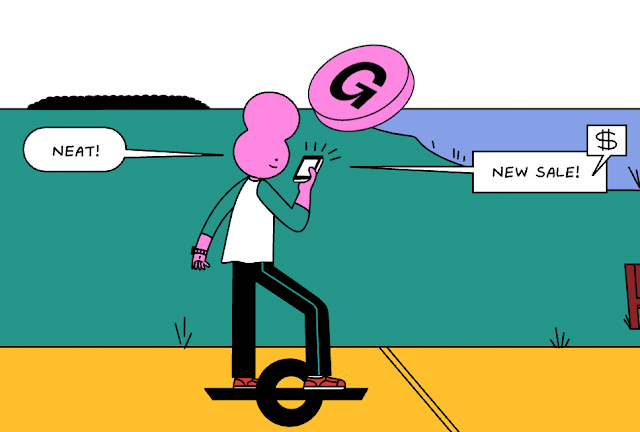 More recently, I did some extensive research into setting up an online store for Spare Parts Press. I initially went with Square and then later Squarespace, as it had some easier customization features. My least favourite aspects of both these platforms were the high costs for a basic setup, and of course, everything extra requires more money to upgrade. I had previously had a WordPress site through DreamHost, which was more affordable, but I don't like the amount of customization and upkeep required. I usually want the most minimal design, and I dislike it when it takes extra effort to clear away the ornamentation. Squarespace seems to be ok (and I paid for a whole year, so I'm stuck with it for now) but there are a number of features that I would have expected out of the box, or at least easier to set up. But for now, that's a future blog post. 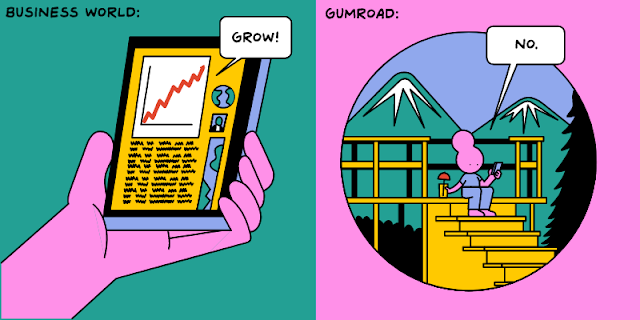 I received an email recently from GumRoad about some new features coming up and how they run their company.

was so impressed by the email that I decided to dig a little further into current-day GumRoad features. 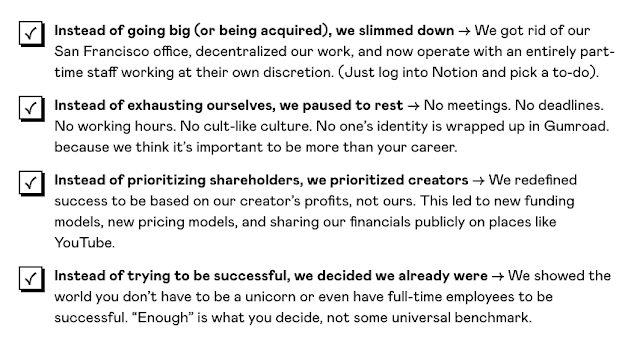 I logged into my site, set up probably 7-8 years ago. And noticed that from the backend, my posted 'products' were lacking in a number of areas. There had been a number of updates and new features since I'd set this thing up, and each product could do with a refresh. Here are some things I found I had to update,

All this is to say I was impressed with the (seemingly) new features and kind of makes me wonder if I was wise to get a one-year subscription with Squarespace. I will definitely be playing around with the site a little more. In the meantime, you can check out my store here.

As always, I'd love to hear your thoughts, and let me know if you have any suggestions for digital items I could add to my store.

Edit: I recently completed a Moon Calendar for digital download, and Gumroad was my first choice to offer it for sale. More on that process soon, but you can click here for the poster.